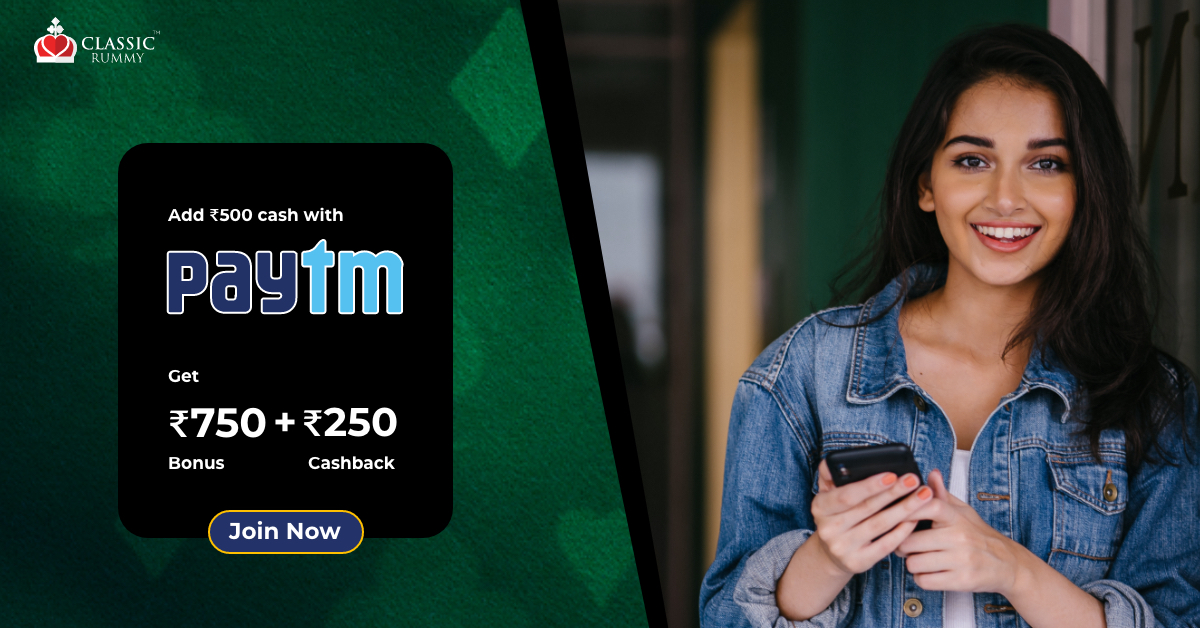 13 Card rummy game is played with a standard deck of cards with jokers and needs atleast 2 players to play. Each player gets 13 cards that need to be arranged in sets. 13 Card Rummy is the most common form of rummy game in India and needs good amount of practice to ace the game.

About Rummy & The Official Rules

Rummy is a popular card game played with sets of playing cards. This is one of the most popular Indian card game under the category of draw and discard games. Among this discard & draw game, Indian 13 card game is most played game across India. The basic objective in every rummy game is to improve your hand by dealing sets of cards and forming a particular sequence or set adhering to certain rules of the game.

Rummy in India is usually played between 2 to 6 players where each player has to, in turn, draw and discard one card until the 13 cards form a sequence in sets. On this site, you will find as many as 9 rummy variants.

In contrast to a game of luck, online rummy has been declared as a game of skill by the Hon'ble Supreme Court of India in August 2015. That has moved the game to being legal because it offers an equal chance of winning using your skills rather than chance. Learn more about rummy legality.

How Do You Draw and Discard Cards in The Rummy Game? (13 Card Game Rules)

In each turn, a player draws either the top card (face-up) from the open deck or the card from the closed deck, and discards a card from his/her hand in to the open deck, or shows his hand by closing the card and showing the rest of the 13 cards in sets that are in accordance with the rules of the game.

What If I Feel That I Don't Have Good Cards to Complete the Game?

You can choose to drop a particular game if you think that the dealt cards to you are not good. However, you can do it only when your turn comes and before you draw a card. Some pools do allow the player(s) to drop the game in the middle but the penalty is usually higher than what a player would pay for dropping at the start of the game before picking their first card.

What Is a Joker Card and How Does It Help in Playing Indian Rummy Game?

One card from the rest of the deck (remainder after dealing the cards to the players) is randomly selected and becomes a Joker for that particular game. All cards of the exact rank in any suit similar to the joker are considered as Jokers. In addition, there will be two extra cards which contain the symbol of a Joker.

A Joker is allowed to be used in place of any cards when forming a set. However, the player has to ensure that he has a sequence without a Joker card to be eligible to use the Joker as stated above. You can take a look at the best use of joker in online rummy card games.

What if Joker is Joker in Rummy Card Game?

If face joker card came as joker while playing rummy, Ace card "A", can be considered as Joker card.

When Do You Win or What Is a Show?

You win a game when you call for a SHOW. If there are 13 cards which can be displayed in particular sets and are in accordance with the rules of the game, the player can then call for a SHOW. To SHOW, a player must have 14 cards of which he/she chooses to close one card before calling for a SHOW. After the SHOW, the player should combine the 13 cards into sets and put it before the rest of the playing group for validation. The SHOW is declared a winner if it meets the validation rules listed below:

Special Case for Making a Show

In case during the course of a game you have melded a pure sequence and a second sequence with or without joker and the third hand consists of two elements of a triplet or set.

You could use the jokers in hand to complete the set with the help of maximum two jokers as a set cannot have more than 4 cards.

In case you are still left with a joker in hand, then leave the joker separate while making a show instead of melding a set with 5 cards as this is not acceptable.

The remaining cards in hand consist of a 10 of spades and a 10 of diamonds along with two picture jokers and one game joker.

In this case you can make a show by melding the 10 of spades and 10 of diamonds along with the two jokers, natural sequence of 10, J, Q, K of hearts, second sequence of A, 2, 3, 4 of spades and keep the joker separate to make the show. This will be accepted as a valid show.

Do Not Make a Set with More Than 4 Cards

With the increasing popularity of rummy, a number of websites are helping players to play rummy online and win rewards and cash prizes. Here are some of the pros of online rummy games:

Online rummy games can be played from anywhere around the world. You just need to create an account on a rummy website. One can login to your account from any location in the world and enjoy playing different rummy games anytime.

There is hardly any chance that you will play online rummy game with the same players with whom you have played it earlier. It gives you apossibility to learn new skills from the moves of each player and enhance your rummy playing skills as well.

The golden rule of rummy games is to play within your limits. Play only with what you can afford. It’s human nature to be lured by the chance to win some extra cash. In the process most of the aspiring gamers overspend. To curb overspending, most rummy online sites have integrated systems that restrict deposits or gameplay.

As the gameplay is very intriguing, chances of addiction are pretty high. You can manage it by drafting a time schedule allocating specific time to play rummy online.

Players who are on a losing spree chase losses without much forethought. Such players endure even more losses as they play with a vengeance in mind and the vengeance clouds over sanity.

Analysing overall, the pros outweigh the cons easily. The points mentioned under cons can be brought under control with just some control. Rummy is an entertaining game and is easy to learn. It offers the best way to kill spare time productively. Playing Rummy will refresh your mind, add excitement and enhances your patience levels. Play online rummy game without any hesitation.

1. How do I register at Classic Rummy?

The process of registering at Classic Rummy is very simple. You need to enter the fields as per the signup form present on the home page and agree to the terms of use.

The Username is essential to provide you with a unique identification and Password is required to ensure that your account is secure and only you can login to your account.

3. Why do I need to confirm Email and verify Mobile after registration?

You can recover the password by clicking on the "Forgot Password" link and providing your Username or Email ID. The instructions for changing your password will be mailed to you.

5. How do I start playing rummy?

To start playing rummy, you simply need to click on "Play Rummy" button and you will be taken to the game lobby. Here you can select the game of your choice and join to play.

6. What are the variants available to play rummy?

The variants available are:

All these Pool, points rummy variants are available in both fun and cash versions

8. How do I know when the game starts?

Once the required players have joined the table, there will be a countdown and each player will be given a card for determining the order of play. Once this is done, then the seats will be rearranged according to the order of play. After this the cards would be dealt to each player, a joker card pulled out and one card will be kept open.

You will know your turn to play has come when the spotlight hits your seat and the countdown of the time left to play starts.

Once you have been dealt the cards, you will see a button with options to sort in the order of 2-3-4 near your seat. You can click on the button of your choice to sort your cards. If you click 2-3-4, your cards are sorted in sequences.

11. What are my options if my cards are bad and I want to drop from the game?

You have the option to drop from the game only in pool rummy and strikes rummy. However, you cannot drop a game in deals rummy. Rummy games. The points for dropping from a game will be applicable as follows:

A sequence is any 3 or more cards of the same symbol in a continuous row.

A set consists of 3 or 4 cards of the same number but different suits.

15. What happens if I discard a joker by mistake?

If you happen to discard a joker by mistake, the player next to you will not be able to pick it up.

16. Can I see what cards I have discarded and view the cards picked up by my opponent from the discard pile?

You have the option to view the cards discarded by clicking on the "Trash Barrel" image shown next to the Avatar of the respective player.

17. What if I require extra time to make my move?

If due to some reason you are not able to make a move within the allotted time you will be given 15 seconds extra to make your move.

Every time you make a sequence or set you need to group the cards. Once all the cards except the 14th card are grouped, you can click on the 14th card and then click on show. Once you do that a declare button will appear. Check whether you have grouped your cards properly and then confirm by clicking on yes.

19. What happens if I make a wrong show?

If you happen to make a wrong show you will get the full count for the game – that is 80 points.

20. Can I continue to play free games?

You can continue to play free rummy games as long as you want to. There is no restriction on that.

Rummy has been declared a game of skill by the honorable Supreme Court of India, making it perfectly legal to play for cash.